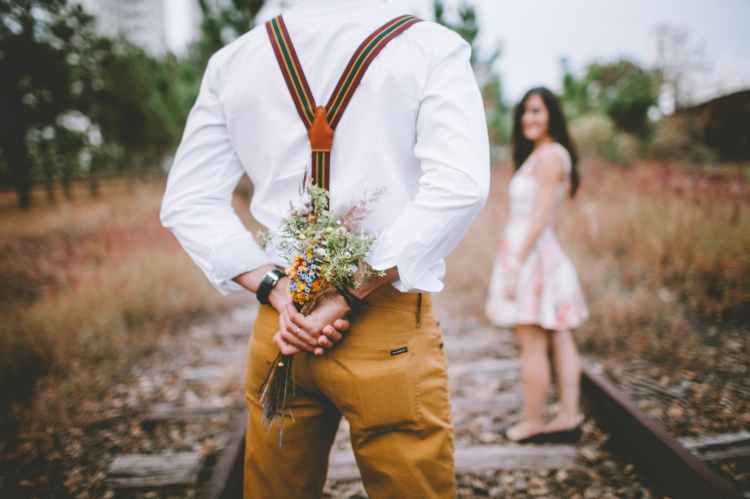 In this modern world of dating apps, it’s often hard to imagine meeting men in the real world.  It’s all too easy to get sucked into cyber dating space, swiping the days away, hoping a decent guy will swipe back. As part of the 52 First Dates Project, I decided to solicit the idea to my friends and family on Facebook, asking them if they knew any potential dating candidates.

The next day, I got a response from an older gentleman, Jim, who had hired me to edit his memoir a couple of years ago. I asked him if he knew any possible men, and he responded, “How about me?” I wasn’t sure at first. He is twenty years my senior, old enough to be my father. However, he is a fascinating person, a former circus performer and an artist. I knew a date with him would be intellectually stimulating. A date isn’t always about romance, but it’s also about connecting with people. Through the dating project, I’ve met a lot of interesting characters, made new friends, and learned about myself.

Jim arrived at my my door, casually dressed up in jeans and a sports coat. He handed me  a modest but sweet arrangement of roses and baby’s breath. We walked out to his vehicle, and I was swept away by his vintage chariot, a VW hippie van. This was my dream vehicle when I was a teenager. I imagined traveling the country, listening to music, and enjoying the vagabond life. Like a true gentleman, he opened the door for me.  His old-fashioned chivalry was refreshing. The engine revved up and  my spirit was lifted as we rolled along the highway.  The conversation traveled easily between us, two artistic souls sharing life experiences and current aspirations.

We arrived at the Dali art museum, and he came around the passenger side, opened the door for me, and helped me down. Inside the museum, without hesitating, he purchased our tickets.  We walked through a special exhibit of Dali and Duchamp which included an assortment of erotic artwork. With the right person, these paintings could have been an aphrodisiac to mischief, but I was feeling more in the friend zone with Jim.  Next, we headed to the staircase for a musical treat. A young man serenaded the crowd with opera, folk, and Broadway tunes.  One of my favorites was a Stephen Foster tune, “I Dream of Jeanie with the Light Brown Hair.” The lyrics were so poetically written compared to  the usual bump and grind from today’s air waves.

When the opera performance ended, we decided to grab a bite in the cafe.  Jim pulled out my chair before he sat down himself. Then,when the server came over, Jim waited for me to order before telling the server what he wanted.  These little gestures may seem outdated, but I really appreciated that he was thoughtful of me throughout the date.

On the ride home, Jim apologized to me, “I’m getting over a cold, so if you were planning on having a mad make-out session with me, it won’t be possible.” I laughed because I knew that was never his intention.

Although Jim and I weren’t a romantic match, he reminded me of the importance of chivalry in dating.  In this day and age, women are brought up to be independent, and we are told we can do anything a man can do. However, some of our feminist ways have actually created problems in our dating lives. Our independence and confidence can be a turn-on to men, but it can also create a situation in which men feel they have nothing to offer. Men have a deeply rooted biological desire to provide for and feel needed by women. As I continue on my dating adventure, I’m trying to remain cognizant of my own behaviors, maintaining independence, yet allowing a man to gallantly display his admiration for me as a woman. Being chivalrous is not a frivolous art; if done with sincerity, it is an expression of how a man values a woman.