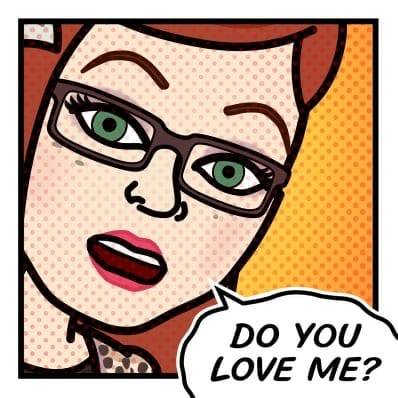 According to the algorithms on OK Cupid, Tim and I were a perfect match, 91% to be exact. He sent me a witty message which sparked my interest, so we started texting. Very early on, I was concerned because he told me he was unemployed. That was a huge red flag for me since my ex-husband collected more unemployment than regular paychecks. However, Tim reassured me by sending me his Linkedin profile which indicated he actually had a good and stable work history. I was cautious, but I gave him a chance and decided to meet for a date.

Our first meeting was at a local coffee shop. I don’t usually recommend coffee dates because they can often be dull, but this one was actually enjoyable. Even though he was out of work, he paid for our coffees which meant a lot to me. Our conversation percolated for three hours. Just as OkCupid said, we had a lot in common. We were a good match. As we said goodbye, he gave me a long hug and a closed mouth kiss. We decided to meet again the following week to go kayaking.

The next week, I arrived at his house, a beautiful two story well-landscaped home, and he already had the kayaks waiting out front. I glanced up at the sky and expressed concerns about the ominous dark clouds creeping in, but he reassured me that we would be kayaking in the opposite direction. As he was trying to calm my nerves, I heard the crackling of thunder. Nevertheless, I put my trust in him and ventured on. He was extremely considerate and offered me a hat to cover my pasty white which I was grateful for since I’d forgotten to bring one.

We glided into the water and started to paddle away from the storm, or at least we thought. The storm was growing and we needed to get to safety. Luckily, he had a plan. We docked at a nearby restaurant, a beautiful covered spot overlooking the water. He treated us to lunch and cocktails and our conversation flowed for three hours. At that point in time, I was still new to the dating project and wasn’t really looking for something serious, neither was he. He said that he was pretty much married to his kids right now and didn’t have time for a serious relationship. This all sounded good to me since I wasn’t ready to jump back into anything long-term.

By the time we finished lunch, the storm had passed and we could finally paddle. We coasted by the mangroves looking for birds and other wildlife. Tim was really hoping we would see a stingray or a dolphin to enhance the trip. As we left the inlets and entered the bay, we continued to look for wildlife. Suddenly, I spotted what I thought were fins in the distance. I told Tim, and then we both saw them, two graceful dolphins. We paddled faster to get closer to them, trying not to lose them as they went under. We finally were close enough to see them, and they traveled with us for a while. I was so giddy, and Tim kept congratulating me for spotting them.

It was getting late, so we had to head back to Tim’s. The entire trip was filled with great conversation in a relaxing, peaceful setting. The words flowed freely between us like the gentle current that carried us back. When we returned to his place, I thanked him with a kiss.

After our second date, Tim and I kept in contact, texting pretty often, but eventually things fizzled out. Tim had a lot of problems with his ex-wife and his time was devoted to his children and to a new job. He did casually ask me out one last time, but it was to hang out at his house with his kids and I just felt it was too early for that. Had Tim and I met at different points in our lives, it’s possible that we could have had a fulfilling relationship. However, I do believe that everything happens for a reason and at the right time. He could have been the right guy, but it was just the wrong time.